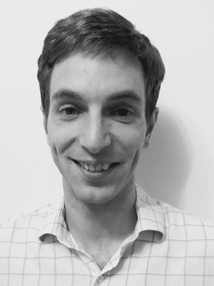 The majority of fellowship applications will end in rejection.  Mine was one of them.

I am a clinical fellow completing a PhD in Neonatology in an OOPR between ST4 and 5.  I applied for an NIHR fellowship to fund my PhD.  I was well aware that the success rates are low but having spent several months completing the 200+ page application I felt confident.  I was proud of the final application and was eagerly waiting to see what the peer reviewers made of the largest single piece of work I have completed in my life.

The reviewers clearly did not think my application had scientific merit, they questioned the methodology, the justification, even my choice of supervisors.  My project was unrealistic, my proposed training inappropriate.  One positive was that the reviewers thought it was good value for money (while my project may have been garbage, at least it was cheap garbage).  All of the reviewers scored it poorly – I was officially a poor applicant with a poor application.

My initial response was the classic mix of denial and anger.  Fury that the reviewers hadn’t understood my work combined with outrage that they would criticise a typo while being unable to spell the word ‘range’ in their feedback.  Slowly this gave way to the realisation that it didn’t matter how I felt about the reviewers comments.  The rejection stood and I had to work out what I was doing next.  I sat down with my supervisor and worked out our Plan B.  Eventually I have come out of the process with a better PhD project, which I am more determined than ever to complete.  The rejection was not the total disaster it initially seemed.  It was just one of the less pleasant learning experiences in my PhD.

So here are my suggestions for when you get your first rejection.  Most importantly: remember that EVERYONE in academia gets a rejection sooner or later. Absolutely everyone.  When it happens talk to your supervisors, they will talk through the practicalities of how you are going to move on.  It will feel like a lot of time and effort was wasted, but it was not.  All of the work you put in will have helped to refine your ideas and will be the springboard to your next success.

“Many of life’s failures are people who did not realize how close they were to success when they gave up.”
-Thomas Edison