Here, Sasha talks about her journey on becoming an Academic Consultant and starting a family at the same time. 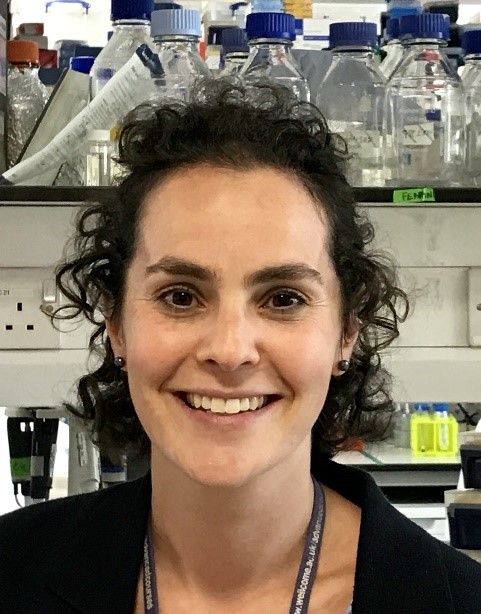 n paediatric endocrinology from an early stage in my career – my memory is of a fascinating case at the Whittington when I was a PRHO (FY1 in old money) - but the truth is I never wanted to be an academic. Or at least I didn’t want to be what I thought of as an academic, reading musty papers in dimly lit wood panelled rooms. The ACF scheme didn’t exist when I was starting out and I hadn’t wanted to take time out to do research during my early training.

I did take the opportunities to be involved in writing up case reports and presenting audits at the national speciality meeting (BSPED) as an SHO when they arose to try to get something relevant in the research section of my CV, and was encouraged by my consultants whilst on my rotations in paeds endocrine at the Royal London to consider a PhD. It seemed that it was the obvious path to facilitate a GRID job in my chosen speciality, and I was lucky enough to have the current PhD students (clinical fellows) at the Centre for Endocrinology at QMUL, who helped run the clinics at the Royal London, to chat to about it. They advised to do my ST4 and 5 years and then try to apply for an OOPR after that. I stayed in touch and planned out it with my very supportive supervisors, who helped me to apply and win salary funding for the initial year of my PhD. I then got pregnant with my first child and had to postpone for 6 months…but then started my PhD.

That was a real turning point as I was, it felt like for the first time since starting work as a doctor, I had the time and space to think and ask questions. I had autonomy (or at least a bit more than in the NHS) and I really enjoyed the combination of clinical science, wet lab work and genetic data analysis, plus the opportunities for travel and working in a supportive, enthusiastic environment with no bleep and nobody shouting at me! I went for a Wellcome Trust clinical research fellowship to fund the second half of my PhD and was successful the second time around (after finding something interesting to write a proposal about and having a bit more interview practice). I fitted in 2 more children, which was a juggle, but in some ways gave me more time (to navigate rounds of journal rejections and experiments that didn’t go to plan); and I would say that time out of programme is an excellent time to become a mum. In my penultimate PhD year I won a GRID post in London and then just before I took that up I secured an NIHR ACL post at QMUL to extend it from 2 years to 4 years. The ACL allowed me to progress my research, build up my publications and prepare my post CCT fellowship applications. Last year, in my ST8 year, I was successful in applying to a Wellcome Trust Stage 1 CRCDF which allows me to work as a clinician scientist with an 80% research:20% clinical.

I started this role last month as a senior lecturer at QMUL and an honorary consultant at the Royal London. Looking back, I think the important things are to hunt out people who are doing what you want to do (or think you want to do) and find out as much as you can, and to work with people who are enthusiastic and positive and keen to support you as a young academic. There are rejections, often lots, and some of them really hurt, but they happen to everyone. The academic life means you have more control over your working week, and occasionally can forget to turn off, but also allows me to do the school run some days or get to the harvest festival. I value hugely that I get to be a practicing clinician in my chosen speciality but also to research and teach in an academic environment.